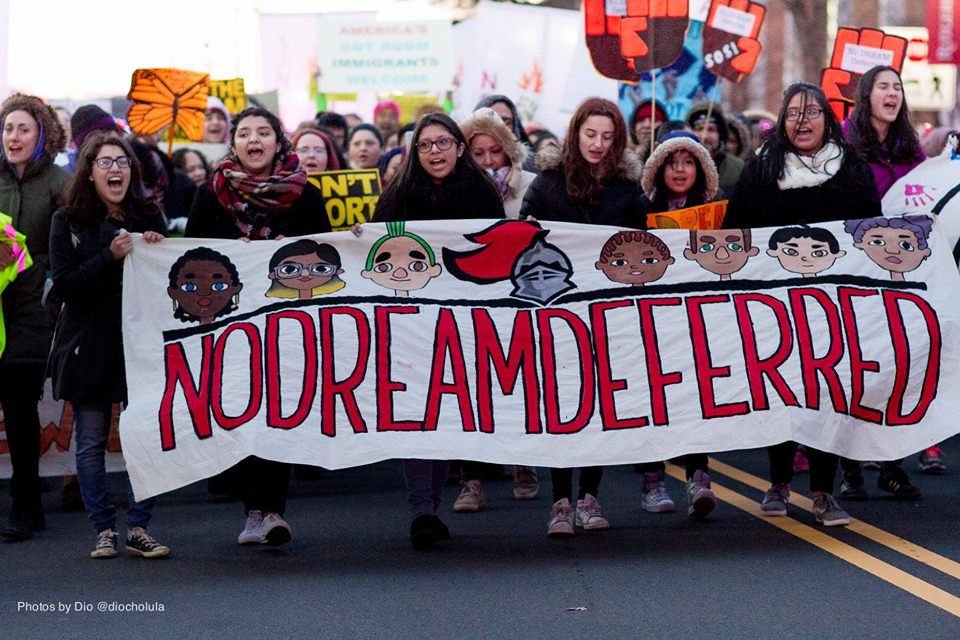 Over the past several years, twelve cities across the country and New York State have launched universal legal representation programs for low-income, detained immigrants. The first such program, the New York Immigrant Family Unity Program has successfully increased detained immigrants’ chances of avoiding deportation and staying united with their families by 1100%. Ensuring access to counsel decreases taxpayer dollars spent on detaining immigrants, supports the economy by keeping immigrants in the workforce and creates a more efficient and just legal system.

Lori Nessel, Professor of Law and Director of the Center for Social Justice, Seton Hall University School of Law said, “Immigrants in deportation proceedings risk losing the very things that give meaning to life—family, safety, work, and the country they call home.  Justice requires counsel and a meaningful opportunity to be heard when the stakes are so high.”

Susan Roy, Former Immigration Judge and Immigration and Customs Enforcement attorney said, “As a former Immigration Judge, and before that as an attorney for Immigration and Customs Enforcement, I have witnessed first-hand how the lack of representation for respondents causes significant delays in the Court proceedings. The Judges and ICE attorneys often are forced to act as de facto attorneys for respondents, at least on procedural issues. This is extremely time-consuming, especially during a Master Calendar hearing, when the Court may have 60-70 cases scheduled in the morning and two merits hearings in the afternoon. More importantly, many respondents who are eligible under the law to apply for relief from deportation have no understanding of how to properly prepare their applications, much less obtain the necessary evidence needed to support a specific application. Thus, they often submit applications that do not meet legal requirements, or worse, just choose not to proceed with their cases. This means, in practice, that people who are not only eligible, but potentially very deserving of relief from deportation do not receive it simply because they cannot afford an attorney. This violates every principle of the American justice system and should be rectified.”

Catherine Weiss, chair of the Lowenstein Center for the Public Interest at Lowenstein Sandler said: “Deportation divides families, disrupts livelihoods, and can expose individuals to grave dangers.  With the stakes this high, it is only right to ensure access to counsel to prevent unjustified deportations.  Appointed lawyers are especially important for detained immigrants who may otherwise languish in jail for months or years even when they have strong defenses.  And the pro bono resources of the private bar are generally focused on non-detained immigrants, meaning that the need is greatest for those who are detained.”

Nicole Polley Miller, Legal Services Director, American Friends Service Committee – Immigrant Rights Program, said: “A publicly-funded right to counsel project for detained immigrants in New Jersey is critical to protect the due process rights of both long-time New Jersey residents, individuals with deep ties to our communities and with families who would be devastated by their detention and deportation, as well as recently arrived immigrants fleeing violence and persecution in their home countries.”

Farrin Anello, Senior Staff Attorney, American Civil Liberties Union of New Jersey, said: “Access to counsel is a matter of due process.  The federal government is always represented by counsel in immigration court. When an unrepresented person is forced to argue complex issues of immigration law against a trained government lawyer, this leads to absurd and unfair results.”

Manuel G., a member of Make the Road New Jersey, said: “When I was detained in Elizabeth Detention Center, I could not afford an attorney. I had to represent myself in a language that I did not understand, and was detained for more than four months. I had a strong case and in the end the judge realized that the law allowed me to stay in this country, but if I’d had access to free counsel, I would have been able to reunite with my family sooner.”

The following organizations and individuals signed on to the letter:

Community of Friends in Action, Inc.

Kids in Need of Defense (KIND)

Lowenstein Center for the Public Interest at Lowenstein Sandler

Partners for Women and Justice

Wind of the Spirit

*Title and affiliation listed for identification purposes only