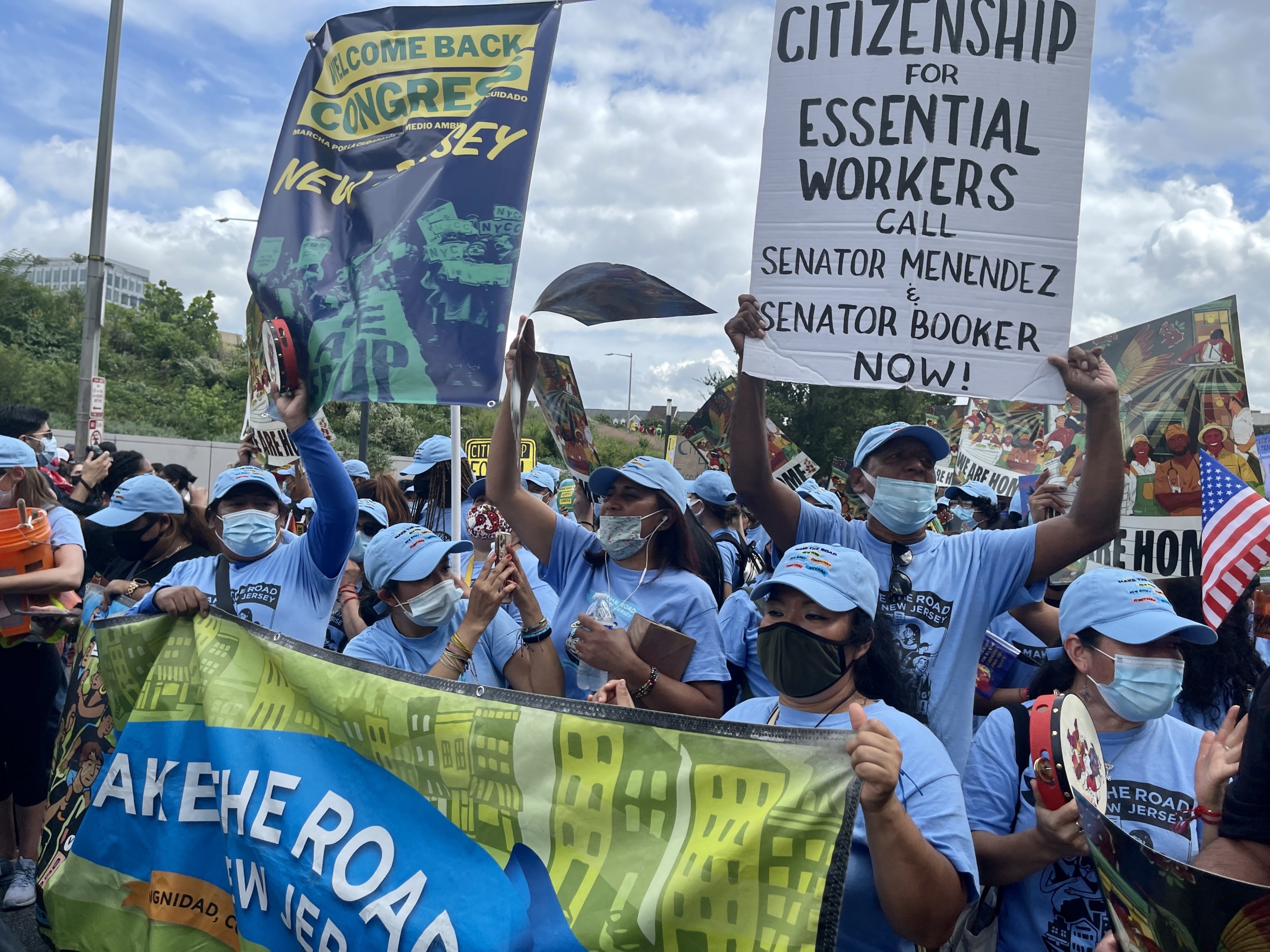 Standing Up for Immigrant Rights in New Jersey

Leading the Resistance and Defending DACA

Our members have led the resistance in New Jersey to the Trump administration’s attacks on immigrants. Make the Road New Jersey youth members led a 1,000 person day of action in five locations across the state on the day DACA was scheduled to end, and hosted more than two dozen rallies, including civil disobedience, to push our congressional representatives to support a clean Dream Act. Our youth members also participated in federal litigation that successfully blocked the end of DACA. When Trump began separating families at the border and caging children, we mobilized a dozen actions, including a 3,000 person rally in Newark, to protest the cruel and inhumane policies. Make the Road NJ leaders have mobilized hundreds around the state to demand Congress defund ICE.