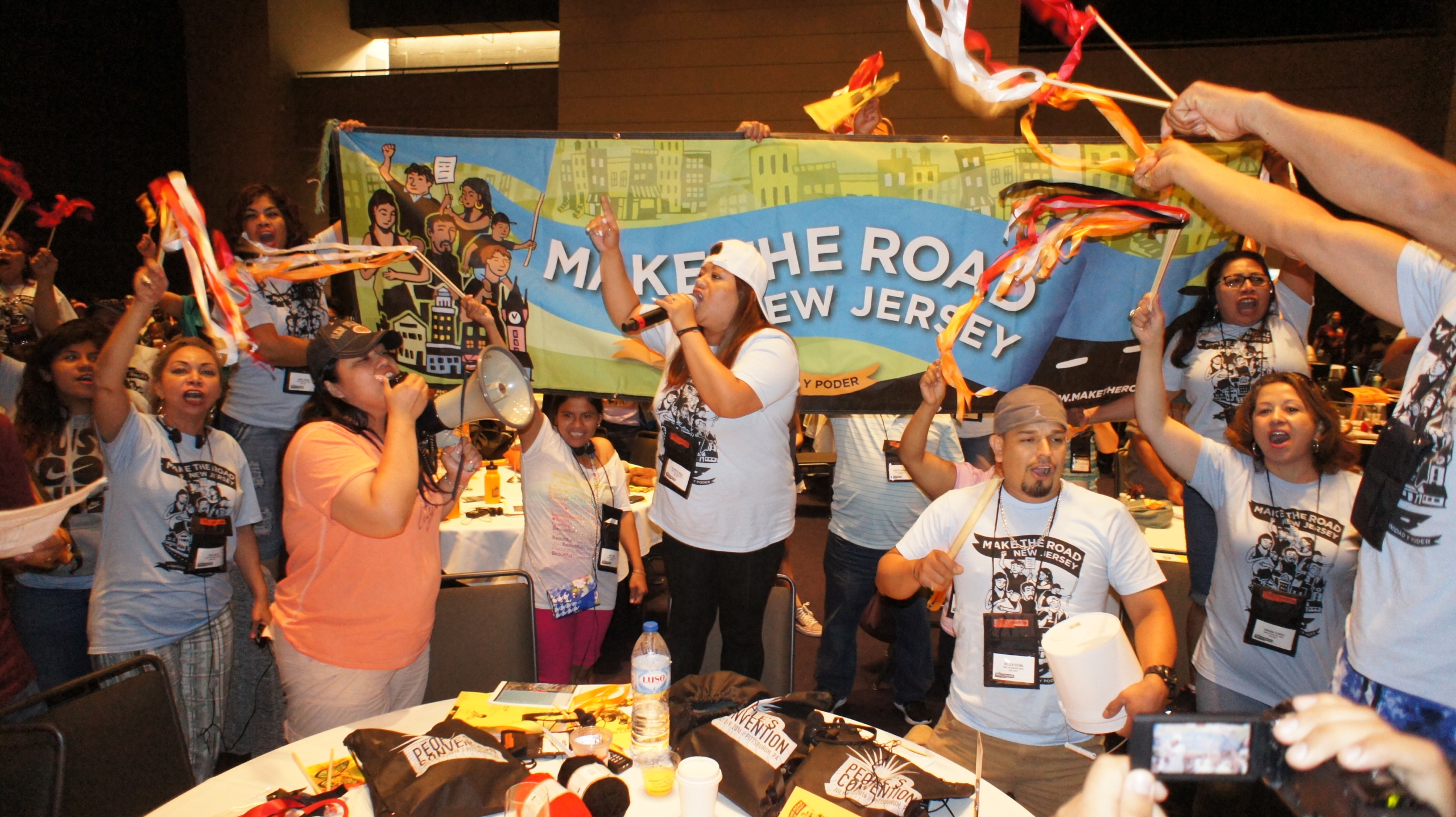 New Jersey Is Our Home: How the Garden State Can Stand Up for Dreamers

On September 5, 2017 the Trump Administration ended DACA, upending the lives of about 800,000 immigrant young people who call the United States home. DACA, or Deferred Action for Childhood Arrivals, gives protection from deportation and work authorization to immigrants who came to this country as children and have pursued an education here since 2012, when President Obama announced the program. As the U.S. Supreme Court readies to issue a ruling on the legality of the Trump administration’s decision to end DACA, the lives of immigrant youth across the country are again thrust into uncertainty and face the threat of deportation and separation from our families and the only country we know. Here in New Jersey, we are calling upon our local and state elected officials to take action to support Dreamers, fight back against deportations and protect our ability to thrive in New Jersey.

Dreamers are vital to the Garden State. We are your classmates, your co-workers, your teachers, parents and your neighbors. In New Jersey, there are 53,000 DACA eligible individuals. Today, about 16,620 individuals currently have active DACA status since Trump ended the program and blocked potentially eligible individuals from applying. We are the main source of income in many of our households. With DACA many immigrant young people in New Jersey have been able to graduate college, get a job, and have health insurance. About 5,200 U.S. citizen children in New Jersey have a DACA parent. DACA-eligible New Jersey residents earned an estimated $745.9 million in New Jersey in 2018, and paid an estimated $105.2 million in state and local taxes. If DACA workers were removed from the economy, New Jersey would lose an estimated $1.587 billion in annual GDP. Immigrant young people with DACA have been given the opportunity to thrive not just survive.

Given these threats, New Jersey must act immediately to ensure that regardless of the Supreme Court decision immigrant communities continue to contribute, pursue our dreams and remain with our families. Our home is here in the Garden State, and we call upon our local and state elected officials to take action. While we fight for federal reform, our state can play a critical role in having Dreamers’ backs. We urge you to take the following steps to support DACA recipients in New Jersey.

New Jersey Must Have the Backs of Dreamers – Here’s How

Remove Barriers to Occupational Licensing: Out of date and unconstitutional laws mean that many immigrants are barred from accessing professional licenses. DACA recipients are currently studying or working in professions that are vital to our state, including frontline health care professions. Many states — from deep red Arkansas to bright blue California — have lifted barriers to professional and occupational licenses for immigrants. To ensure our state’s economic growth, to provide meaningful career and occupational opportunities for our residents – and to address the worst public health crisis in a generation, New Jersey must enact legislation to remove citizenship and immigration status requirements from occupational licenses.

Stop Deportations: Dreamers are currently vulnerable to deportation and have been targeted under the Trump administration. DHS Secretary Albence has confirmed that Dreamers will be subject to deportation should the U.S. Supreme Court affirm the end of the DACA program. We urge the State to pass legislation to codify that state and local law enforcement will not aid ICE deportations and to end contracts to detain immigrants in New Jersey. The Governor should sign an executive order ensuring all non-law enforcement state agencies do not hand over information to ICE from New Jerseyans. We urge the Attorney General to establish mandatory training to implement the Immigrant Trust directive to grow trust between immigrant communities and law enforcement.

Guarantee Legal Assistance for all Immigrants Facing Deportation:  Most New Jerseyans face deportation without a lawyer by their side. As DACA recipients face a new threat of detention and deportation, their due process rights must be protected. New Jersey’s new universal representation program provides free, appointed counsel to low-income immigrants in our state who are detained and facing potential deportation. Yet the program does not cover all detainees. The cost to the state to fund legal representation for all individuals detained and facing deportation in New Jersey is approximately $15 million per year. As an alarming number of immigration arrests continue to occur across the state, we urge full funding of the universal legal representation program so that every individual who is detained in the state and cannot afford a lawyer during deportation proceedings has access to high quality legal counsel.